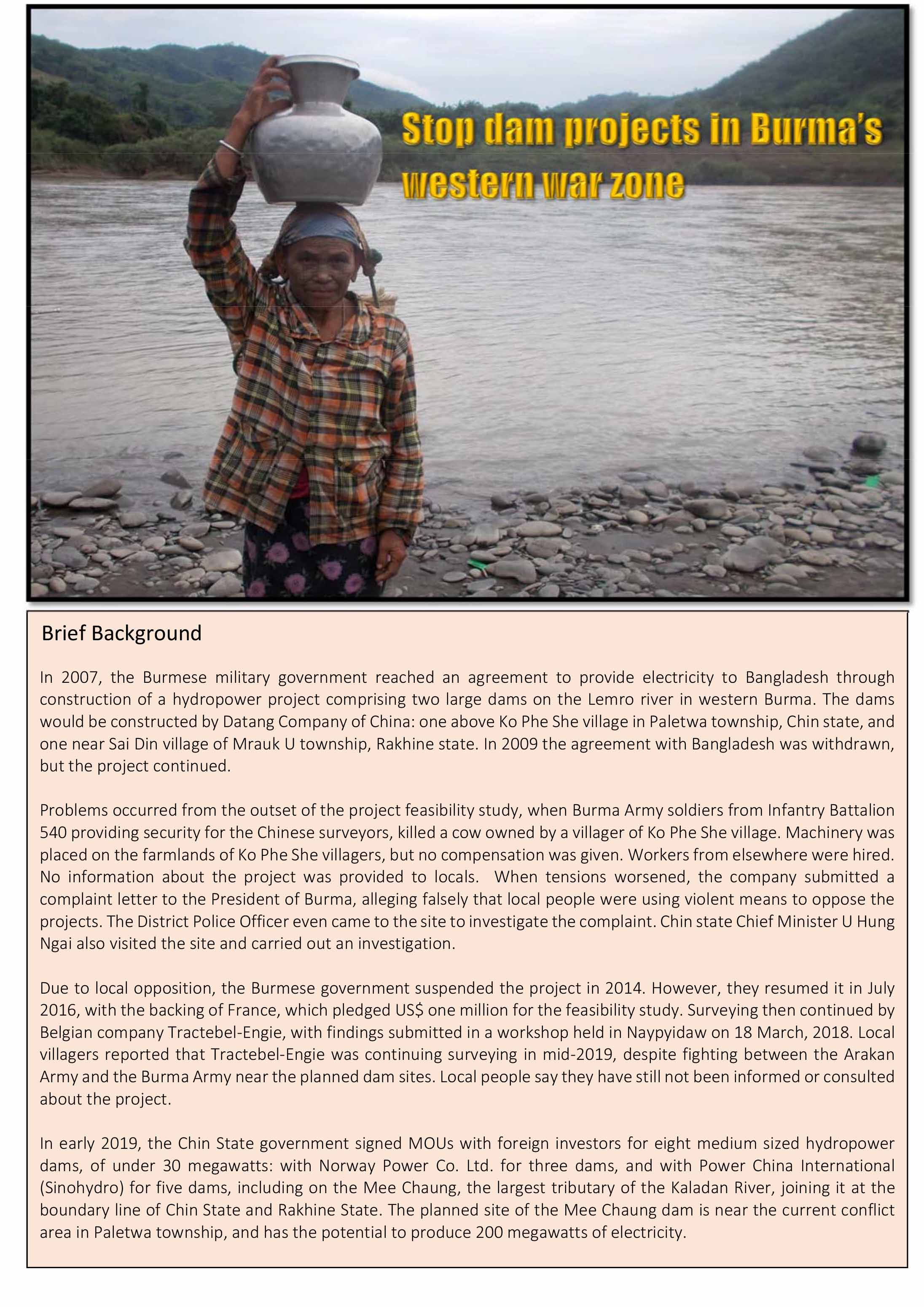 A briefing from Chin Rivers Watch.

In 2007, the Burmese military government reached an agreement to provide electricity to Bangladesh through construction of a hydropower project comprising two large dams on the Lemro river in western Burma.

Since the beginning, the local people have opposed the Lemro hydropower project. They have been holding protests, and issuing statements and leaflets against the project.

Due to local opposition, the Burmese government suspended the project in 2014. However, they resumed it in July 2016, with the backing of France, which pledged US$ one million for the feasibility study. Surveying then continued by Belgian company Tractebel‐Engie, with findings submitted in a workshop held in Naypyidaw on 18 March, 2018. Local villagers reported that Tractebel‐Engie was continuing surveying in mid‐2019, despite fighting between the Arakan Army and the Burma Army near the planned dam sites. Local people say they have still not been informed or consulted about the project.