“They gave them long swords”: preparations for genocide – Fortify Rights 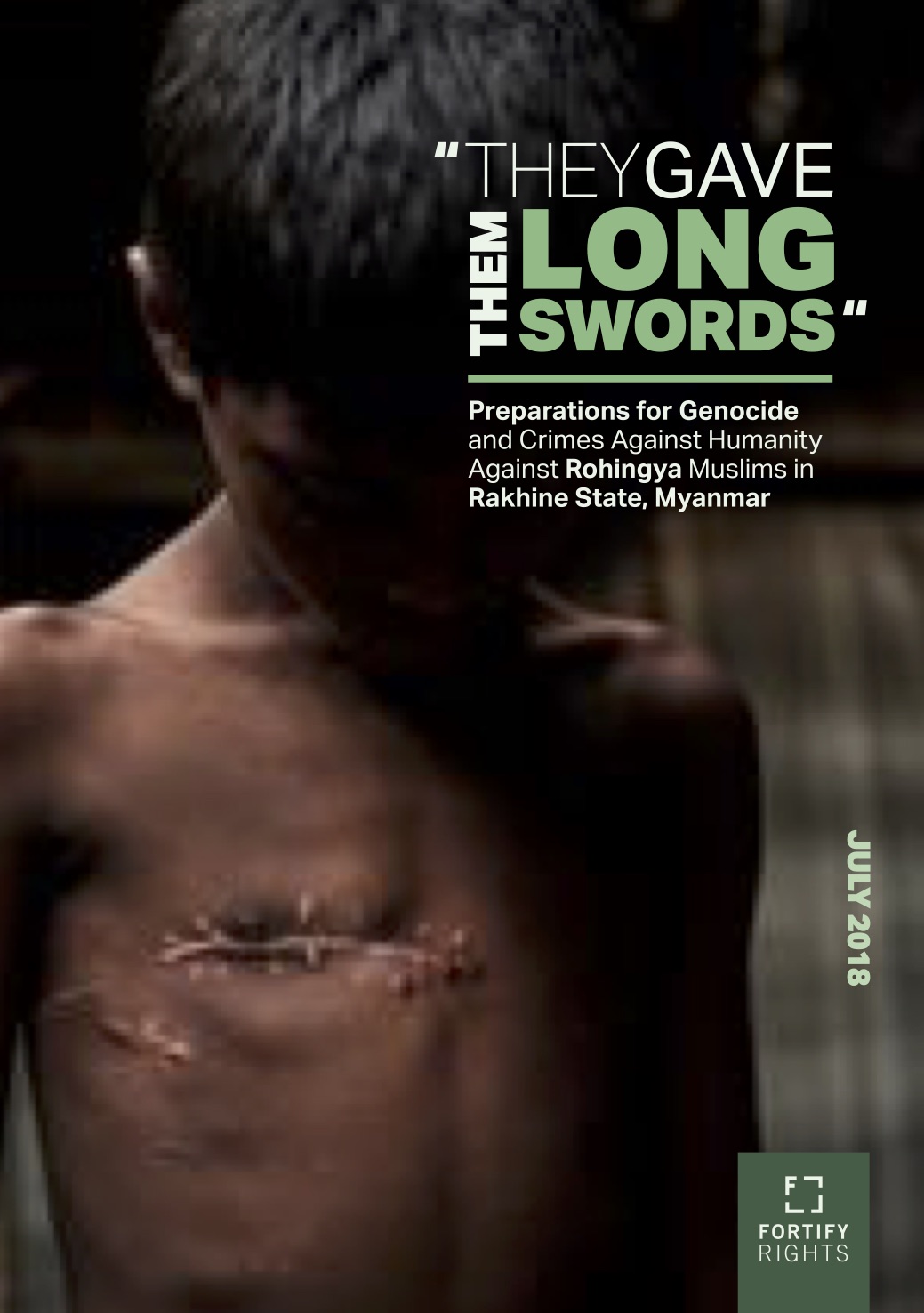 Fortify Rights’ new report documents and reveals preparations for genocide and crimes against humanity against Rohingya Muslims in Rakhine State. The report reveals that Myanmar authorities made extensive and systematic preparations for the commission of mass atrocity crimes against indigenous Rohingya civilians during the weeks and months before Rohingya-militant attacks on August 25, 2017.

The report is based primarily on 254 interviews with eyewitnesses and survivors of human rights violations as well as with Myanmar military and police sources, Myanmar military analysts, members of ARSA, Bangladesh military and government officials, a Rakhine Buddhist monk, and international and local humanitarian aid workers. It recommends referral to the ICC, a global arms embargo and targeted sanctions.