Persecution of the Rohingya Muslims: Is Genocide Occurring in Myanmar’s Rakhine State? 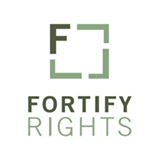 A report from Fortify Rights

This report, prepared for Fortify Rights by the Allard K. Lowenstein International Human Rights Clinic at Yale Law School, finds strong evidence that the government of Myanmar is responsible for genocide against Rohingya Muslims.

The legal analysis draws on nearly three years of research and documentation provided to the Lowenstein Clinic by Fortify Rights, including eyewitness testimonies, internal government documents as well as UN data, reports, and information.

The publication is the first to apply the law of genocide to the situation of the Rohingya in Myanmar. It concludes that strong evidence exists to establish the elements of the crime of genocide: that Rohingya are a protected group as defined under the Genocide Convention; that Rohingya have suffered acts of genocide as enumerated by the Convention; and that those acts were committed with the intent to destroy Rohingya as a group, in whole or in part.

The government of Myanmar has openly attempted to prevent Rohingya births, in policy and legislation. It denies freedom of movement to more than 1 million Rohingya, and at least 140,000 internally displaced Rohingya are confined to more than 60 internment camps throughout Rakhine State. The government is responsible for denying Rohingya access to adequate humanitarian aid, sanitation, and food, and these abuses have led to avoidable deaths. Authorities have effectively forced Rohingya to take deadly journeys by sea, particularly since 2012, knowing the risks of death they face in doing so.

Fortify Rights and the Lowenstein Clinic call on the UN Human Rights Council to urgently adopt a resolution mandating an international Commission of Inquiry to fully assess the totality of the situation in Rakhine State, including human rights violations against Rohingya Muslims as well as Rakhine Buddhists. A Commission should objectively evaluate the facts, identify responsible perpetrators, and provide clear recommendations for action to effectively address and prevent further abuses in Rakhine State, Fortify Rights said.