On International Women’s Day, 110 high profile women, including Dame Judi Dench, Annie Lennox, Jo Brand, Gillian Anderson, Imelda Staunton, Julie Walters and Zoë Wanamaker, are standing with the women of Burma to end rape and sexual violence. In the pledge, the high profile women, who also include activists and politicians, have vowed to support:

The Burmese army has used rape and sexual violence against women for decades as part of their warfare against ethnic minority groups in the country. This has been done with impunity and denial. Cases of women and girls being raped by soldiers from the government’s forces include the rape of a 12 year old girl in front of her mother, and of a disabled woman. Many of the victims were gang-raped, and many killed afterwards. This is in breach of international law, and constitutes a war crime. Reports of rape have increased in recent years. UN reports have described rape and sexual violence as “widespread and systematic”.

Although winning a landslide victory in national elections in November 2015, the National League for Democracy (NLD), led by Nobel Peace Prize winner Aung San Suu Kyi, will not have control over the Burmese army when it takes office in April 2016. Therefore, there is a possibility that army rape will continue even with the new NLD-led government in place.

The new NLD-led government could initiate a domestic investigation into rape and sexual violence by the Burmese army, and make sure support for victims is available. It could also include women in peace negotiations and politics overall, as well as repealing laws, such as Burma’s rape law, which discriminate against women. However, the army could prove uncooperative with a possible investigation into rape and sexual violence.

Women’s groups in Burma, such as the Women’s League of Burma and its members, have long been highlighting the use of rape and sexual violence by the Burmese army against ethnic minority women. While there now is a possibility of a domestic investigation into this under the new NLD-led government, if the Burmese army proves uncooperative and rape and sexual violence continues, the international community must consider an international investigation to address these crimes. The international community should also offer proper support to survivors, and to support the inclusion of women in peace negotiations and at every political level in Burma.

Members of the public are being invited to join the 110 women and stand with the women of Burma by signing the pledge to help stop rape and sexual violence in Burma. They can do so here. 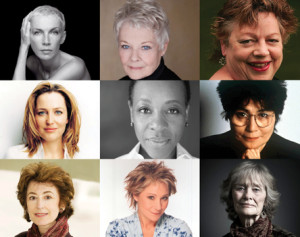 The 110 women supporting the pledge

*Signed the petition before she died in August 2015