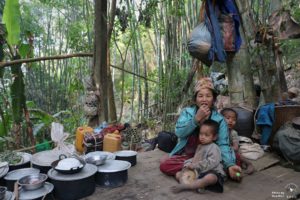 IDP women and children still hiding in the jungle. 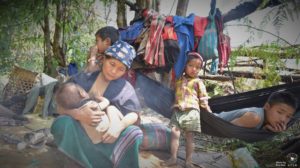 Villagers from He Ko Lo Der camped in a mountain valley after fleeing their homes on 5th March.