US Restrictions on Relations with Burma 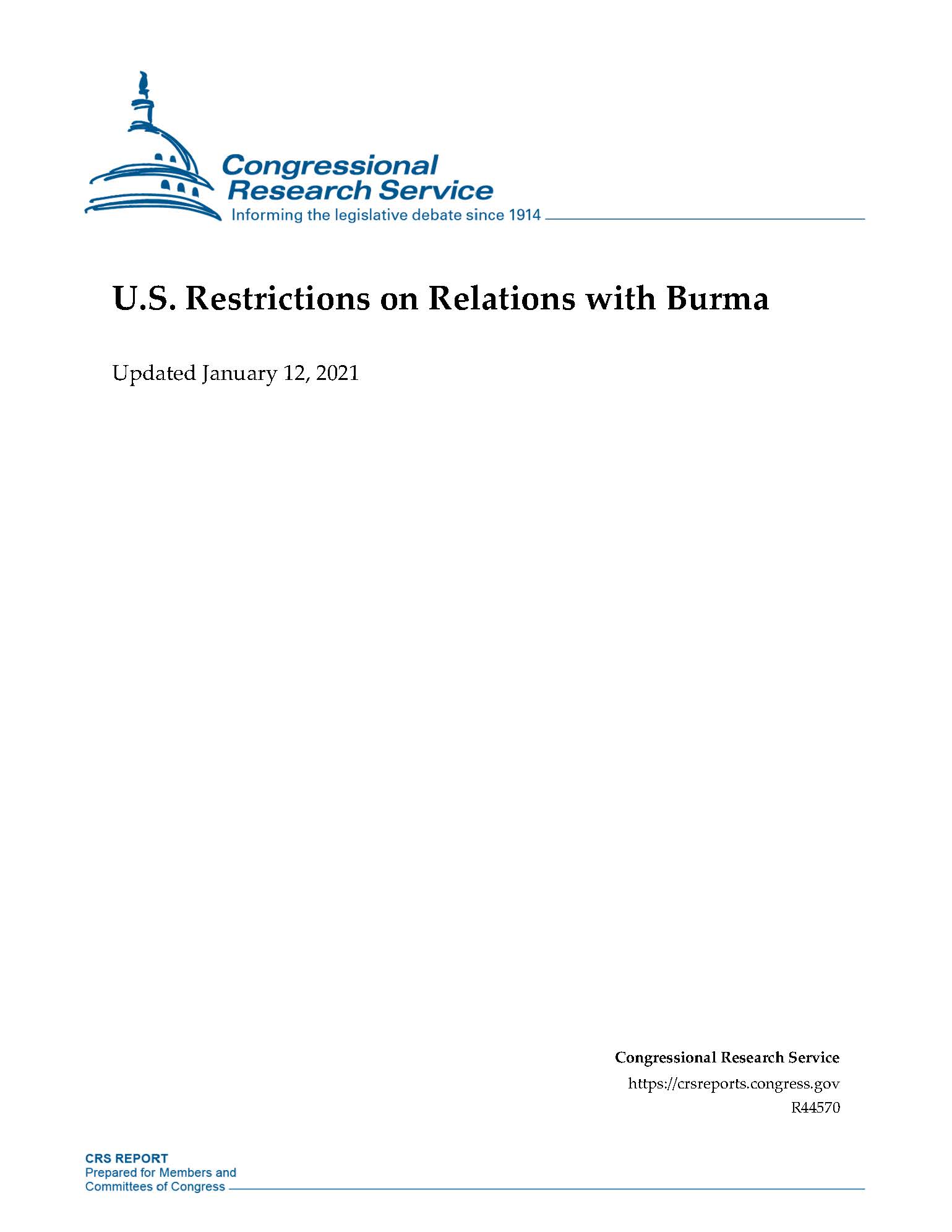 Report by the Congressional Research Service

Summary
Between 1989 and 2008, Congress passed several laws placing political and economic sanctions on Burma’s military junta as part of a policy to identify individuals responsible for repression in Burma and hold them accountable for their actions, foster the reestablishment of a democratically elected civilian government, and promote the protection of human rights.

Various developments in Burma between 2010 and 2016 led the Obama Administration and others to perceive positive developments toward the restoration of a democratically elected civilian government in that nation after nearly five decades of military rule. Based on that perception, the Obama Administration waived most of the sanctions on Burma, particularly after Aung San Suu Kyi and the National League for Democracy won the 2015 parliamentary elections and a new NLD controlled Union Parliament took office in April 2016.

The Trump Administration largely continued the Obama Administration’s policies with respect to Burma, continuing to lend its support to Aung San Suu Kyi and her government, leaving the restriction waivers in place. It did, however, impose sanctions of some senior military officers and military units responsible for gross human rights violations.