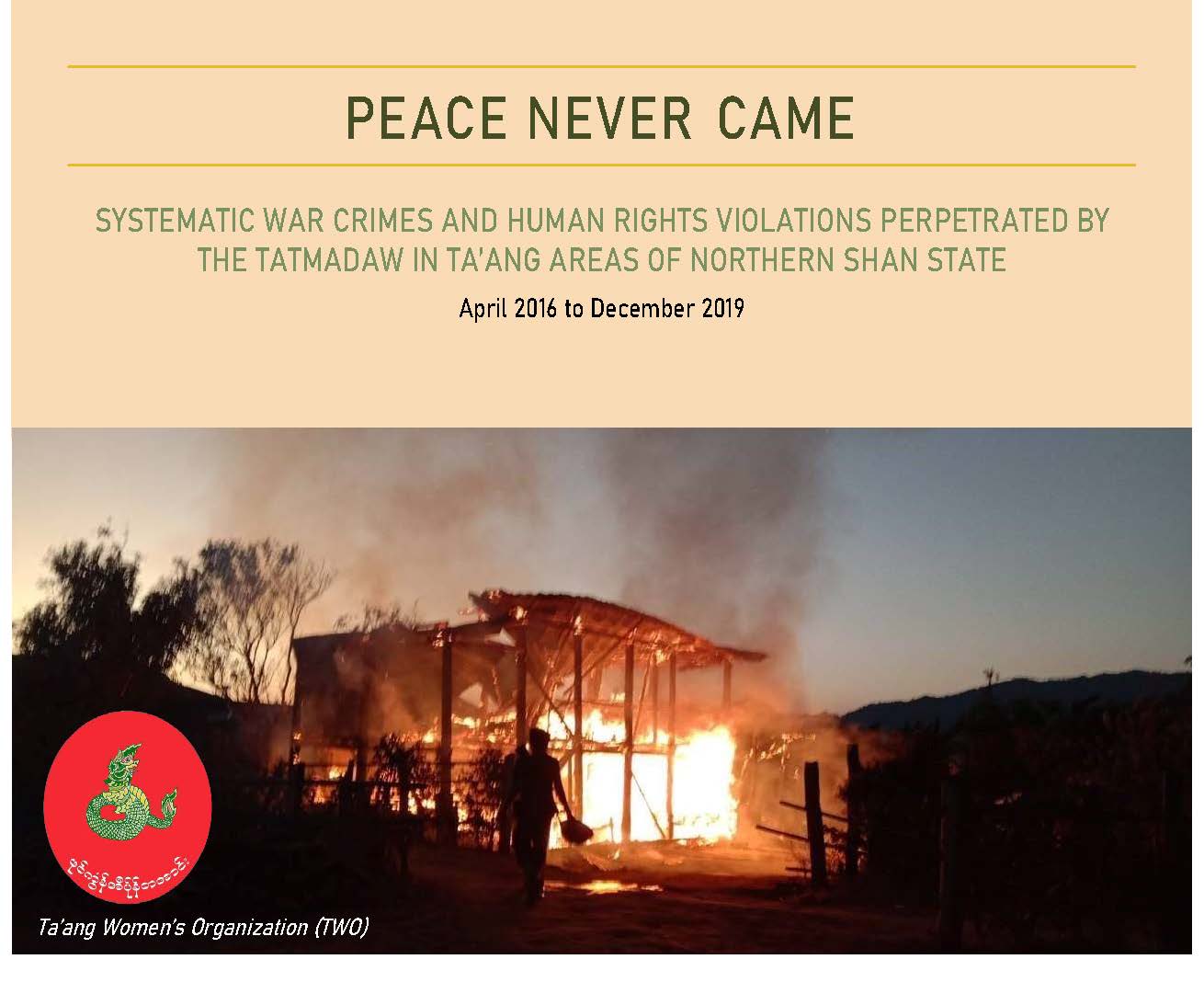 Report by the Ta’ang Women’s Organization

This report documents the human rights abuses committed by Tatmadaw between 2016 April to 2019 in Ta’ang region in northern Shan State.

The report finds that arbitrary arrest, torture and forced disappearance are highest number in these crimes and the second largest category was artillery fire and indiscriminate shooting. Abuses include the soldiers handcuffed the people with ropes and torture such as beating with military helmets, kicking with boots, beating with bamboo sticks, punching, and often beating people with rifle handles. The worst affected areas are Kutkai, Namhsan, Kyaukme, Namkhan, Manton, Mongmit, Lashio, Mogoke, Muse and Namtu.