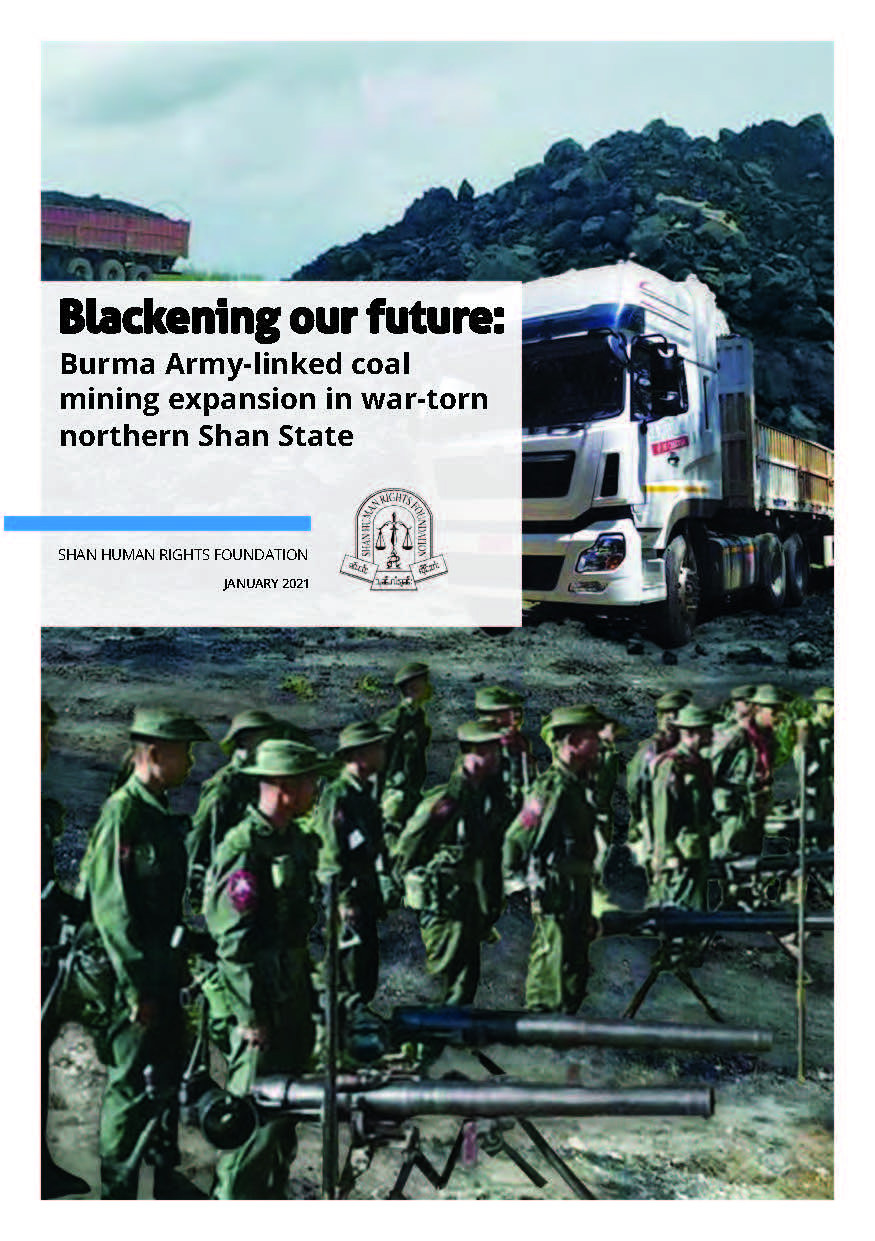 During the past year, the Mandalay-based conglomerate Ngwe Yi Pale and the Burma Army have expanded their coal mining operations in war-torn northern Shan State, destroying farmlands, worsening water and air pollution, and forcing villagers to relocate from their homes.

In Hsipaw, Ngwe Yi Pale has expanded its existing Na Koon mine in Nam Ma, where the Directorate of Defence Industries (the Burma Army’s weapons production division) has also started a large new coal mine under a 25-year concession. This is despite Nam Ma villagers’ repeated calls to stop the mining due to pollution, loss of farmlands, and land collapse.

In Tangyan, Ngwe Yi Pale has dug mining tunnels directly beneath the village of Tak Liet, where underground explosions have shaken houses day and night, and caused land cracks. Waste water from the mine is blackening the Pang River, the main tributary of the Salween River. By mid-January 2021, all 82 households in Tak Liet had been forced to relocate to a site far from their fields. Villagers demanding their rights were threatened and tortured by the local pro-government Mong Ha militia.

In Mong Yai, Ngwe Yi Pale has expanded its two coal mines in Kho Sai tract, where Ngwe Yi Pale’s subsidiary, Than Daung Oo company, is building a large sugar factory. Villagers have lost their farmlands, and mining waste is blocking irrigation. Coal from Ngwe Yi Pale’s mines is being trucked to their two sugar factories and cement factory in Nawng Khio township, as well as to factories in Mandalay and other parts of Burma. Ngwe Yi Pale – which produces Crown cement and Sinn Shwe Li sugar – is part of the Mandalay-based Win Brothers Group of Companies.

These mines all lie in active conflict areas, where villagers fear reprisals by the Burma Army and its militia allies if they resist mining operations. In 2016, villagers were tortured and killed during a ground and air offensive by the Burma Army to secure the Nam Ma mines in Hsipaw.

The experience of villagers impacted by these mines highlights the problem of mining in Burma under the 2008 constitution, whereby the central government has ownership, management and control of all natural resources in the country, and can authorize mining irrespective of the wishes of local communities. The government, its army and crony companies end up receiving all the benefits from the mines, while locals suffer all the losses.

Read the report in Shan here.

Read the report in Burmese here.