Following the military offensive against the Rohingya in October 2016, in which around 80,000 Rohingya fled to Bangladesh and there were credible reports of executions and mass use of rape, the British Foreign Office, which had previously rejected calls to support a UN Commission of Inquiry on violations of international law in Burma, decided to review its position.

Then in January 2017, Foreign Secretary Boris Johnson visited Burma, and met with Aung San Suu Kyi. The phenomenon described by one human rights activist in Burma as ‘strong men melting like ice cream when they meet Aung San Suu Kyi’ appeared to strike again. The Foreign Office decided not to support a Commission of Inquiry. (Pressure on the EU after it had drafted a resolution for the Human Rights Council without support for a Commission of Inquiry led to the EU compromising and the establishment of a Fact Finding Mission.)

Under Boris Johnson the policy continued of treating Burma as if it were a country in transition to democracy where human rights abuses were largely a legacy of the past, rather than a result of proactive policies pursued by both the military and the government.

Regular visits to the country, even seeing the devastation in Rakhine State, did not seem to instil in him any understanding of the situation in the country or the need for coherent action to prevent further human rights violations.

After the Rohingya crisis began in 2017, he was slow to respond and weak when he finally did. On military training, Downing Street had to overrule the Foreign Office, which was still sending people out on media to defend the training on the same morning Number 10 announced the training would be suspended.

Boris Johnson diverged from his ministers who, as the scale of the crisis emerged, became more vocal on the need for justice and accountability. Instead he said it could be ethnic cleansing if Rohingya were not allowed back. A statement that is simply factually wrong.

Boris Johnson ignored Parliament on Burma in a way none of his predecessors have. Findings of the Foreign Affairs Committee inquiry were largely ignored or rejected.  While minister Mark Field MP spoke in Parliament about the need to reflect on past mistakes and accepted the Foreign Office may have made mistakes, the official Foreign Office response was to deny mistakes had been made over policy towards Burma and the Rohingya.

On supporting the UN Security Council referring Burma to the International Criminal Court, Boris Johnson resisted calls by Parliament to act. Pressure mounted, in debates, from the International Development Committee, from 100 Parliamentarians who wrote to him, from 86 MPs who signed an Early Day Motion, and yet still he did not budge. Instead the Foreign Office pressured Aung San Suu Kyi to establish her own inquiry, despite knowing such an inquiry will not be credible, and couldn’t be even if she wanted it to be as she does not control the military.

Under Boris Johnson British policy towards Burma has become out of date, is incoherent, inconsistent and often illogical and contradictory. It certainly hasn’t been effective.

Whether resistance to changing policy on Burma and prioritising human rights came from Boris Johnson himself, or whether he allowed one of his senior officials to set the agenda and obstruct change, was not clear.

Jeremy Hunt’s appointment is an opportunity for change. Ministers such as Mark Field, Alistair Burt and Lord Ahmad must now push for a complete review of policy towards Burma, as called for by the International Development Committee.  One of the most urgent priorities must be British backing in principle for the UN Security Council to refer the situation in Burma to the International Criminal Court. 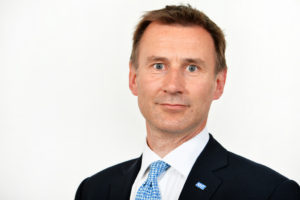 The Foreign Office claims leadership on Burma globally, but even Lichtenstein has shown greater leadership, and is backing a referral. The Foreign Office needs to be working to build global support for an ICC referral, putting maximum pressure on China not to use its veto. In the process, with more and more countries and international bodies coming on board, Min Aung Hlaing’s sense of impunity will start to erode. He’ll have to make new calculations as to what he thinks the international community will allow him to get away with. That could save lives.

It is time for British policy to go beyond words and start translating into action that has an impact on the ground. Jeremy Hunt is lucky to have ministers under him who are engaged and informed about the situation. It appears they would like to go further, to listen to Parliament, and to act. Jeremy Hunt should let them do so. Continuing with the current failing approach isn’t an option.