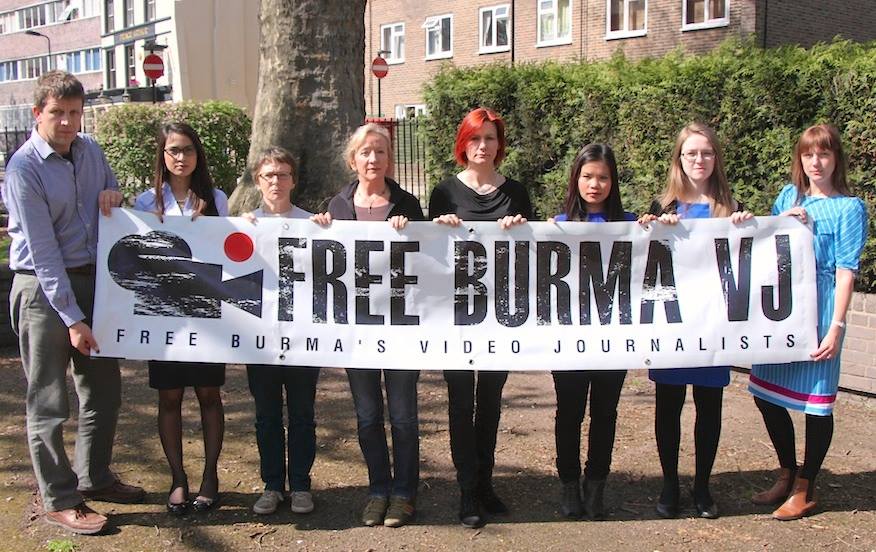 Democratic Voice of Burma (DVB) video journalist Zaw Pe has been jailed for one year by the government of Burma. This is just the latest in a series of moves to restrict media freedom in Burma. Here Burma Campaign UK staff and volunteers show our support, with a banner last used to campaign for the release of video journalists before ‘reforms’ began.

Women’s delegation from Burma met with officials from British Foreign and Commonwealth Office and discussed the current situation on the ground in Burma. The delegation consists of Jessica Nhkum from Kachin Women’s Association Thailand – KWAT, Rosalinn Zahau from Chin Human Rights Organization, and Pippa Curwen from Burma Relief Centre. 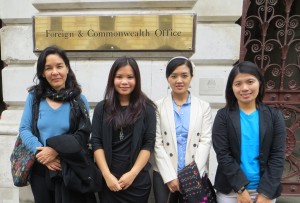 A delegation of women from Burma spoke in the British Parliament today about ongoing human rights abuses, aid, and the political situation in Burma. April 1, 2014

The delegation of three women are on a ten day visit to the UK. The delegation consists of Jessica Nhkum from Kachin Women’s Association Thailand, Rosalinn Zahau from Chin Human Rights Organization, and Pippa Curwen from Burma Relief Centre. 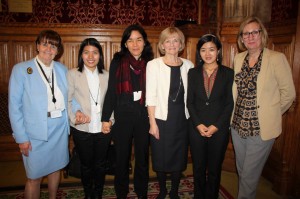 At the Unison Women’s Conference February 14, 2014 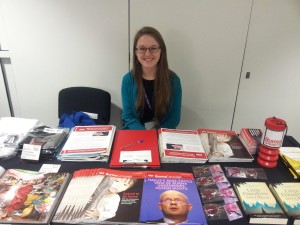 Kyaw Hla Aung is a human rights defender and Rohingya community leader. He is on trial after his arrest in July 2013 on politically motivated charges. 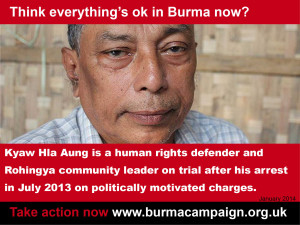 Mark Farmaner, director of the Burma Campaign, told IBTimes UK that the pipeline construction was linked with a greater military presence.

“We have seen an increase in militarisation and human rights abuses, including a big increase of rape and sexual abuse in areas the pipeline is due to go through,” he said.

“This is not helping the people of Burma”.

Think everything’s ok in Burma now? Since Thein Sein became President more than 250,000 people have fled their homes because of attacks and human rights abuses. 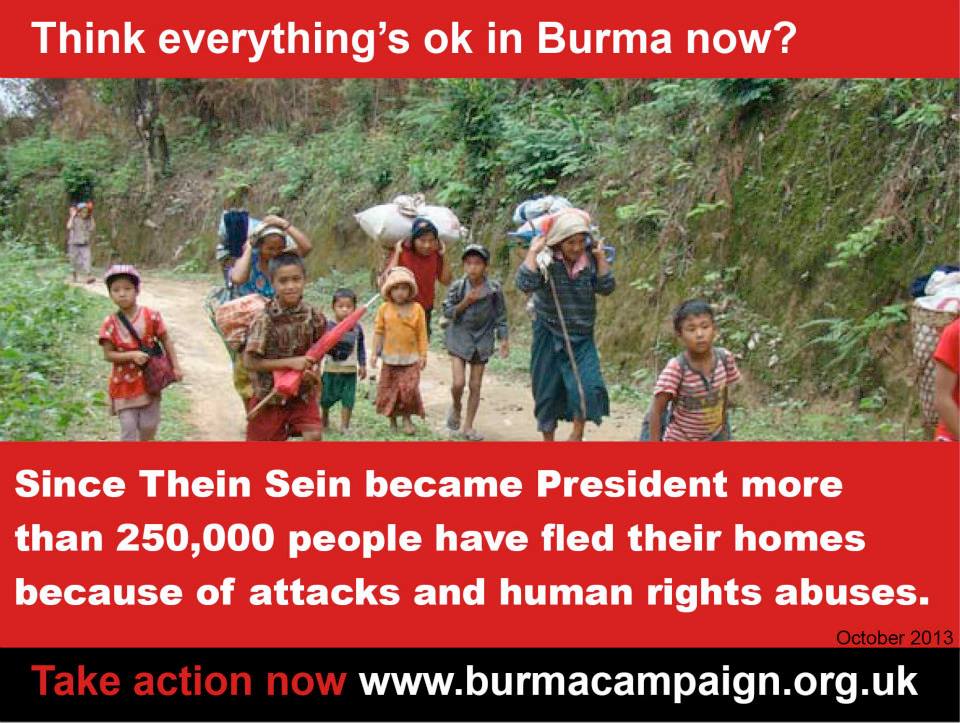