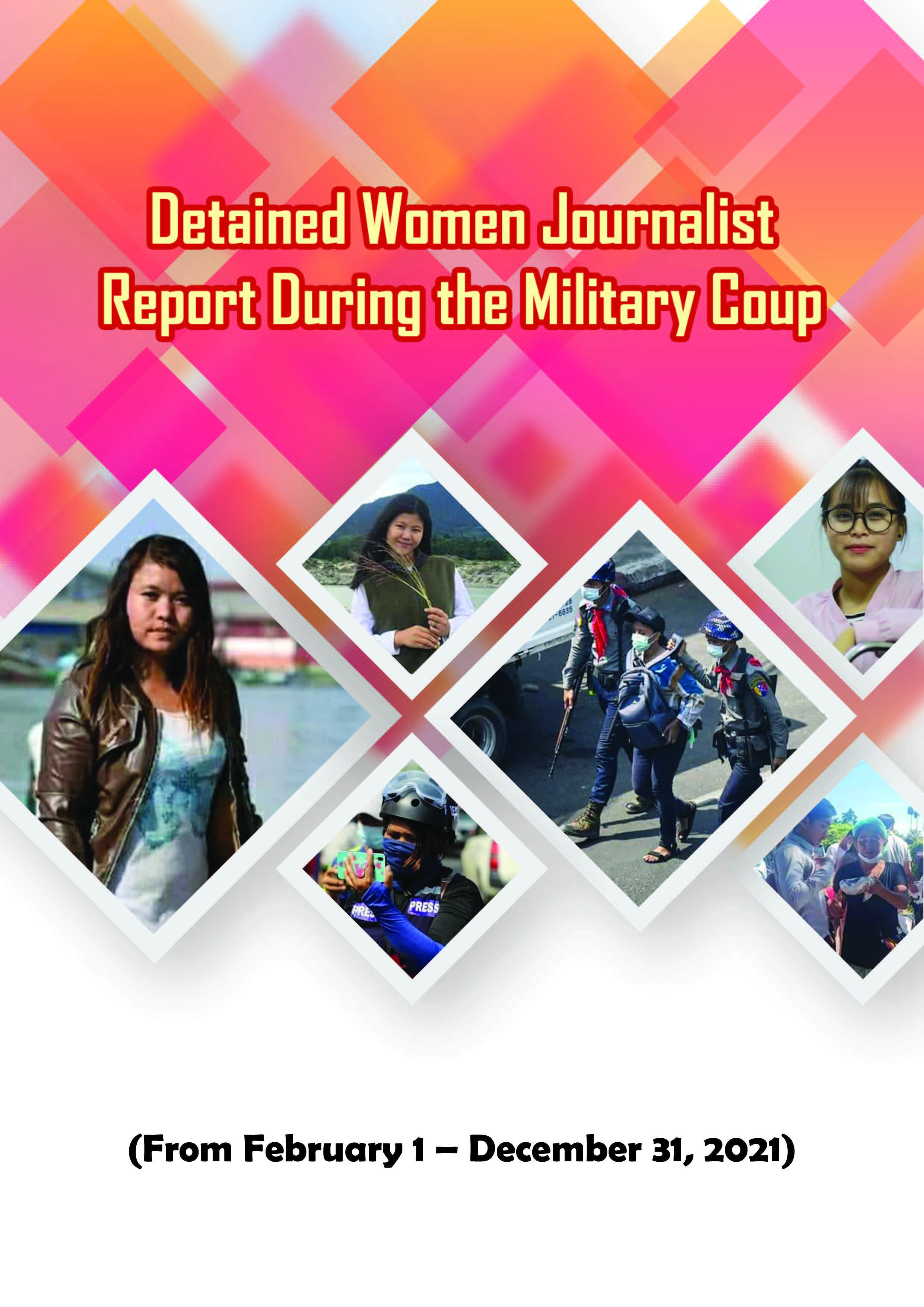 The Myanmar Women Journalists Society (MWJS) conducted a survey to study the situations of Myanmar women journalists during the military coup, from February 1 to December 31, 2021.

Women journalists were arrested while reporting news and by house raids. They encountered acts of violence and threats during the arrests and the interrogations, and communications with families were prohibited for a prolonged period. The arrests involved mothers of underaged children. They were charged and sentenced with unjust laws, deprived of legal protection, and treated like criminals. They have been unable to return to their professions in the news and media community.