Today marks the 3rd anniversary of the rape and murder of two Kachin teachers in Northern Burma. Burma Campaign UK has been campaigning for justice and accountability since the day of the murders.

The two Kachin teachers, Maran Lu Ra and Tangbau Hkawn Nan Tsin from the Kachin Baptist Convention, were brutally raped and killed by the Burmese Army overnight on 19th/20th January 2015. Three years on, there is still no justice for them and their family. The attack took place in Kaunghka village, Northern Shan State. This area has faced conflict since 2011, when the Burmese Army broke a 17-year-old ceasefire with the Kachin Independence Army. 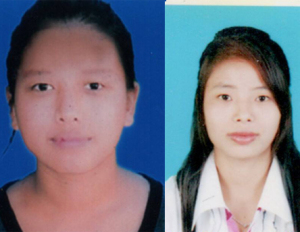 “These women and their families deserve justice, and ending impunity is critical to stop more of these kinds of attacks and murders,” said Anna Roberts, Executive Director of Burma Campaign UK. “Min Aung Hlaing’s rapist army will keep committing these crimes as long as the Burmese government and international community fail to act to stop them.”

At the urging of the UK, Burma signed the Declaration to Combat Sexual Violence in Conflict in June 2014, but has not implemented it in any way. The new NLD-led government has taken no steps to end impunity for rape and sexual violence committed by the Burmese Army against ethnic women and children.

Burma Campaign UK supports the call made by Kachin civil society organisations and others for the following steps to be taken to help prevent further crimes:

For the Burmese Government:

– Investigate all conflict-related gender-based violence cases in a civil court and hold perpetrators to account.

– Ensure provisions for accountability and justice for victims and survivors of sexual and gender-based violence in any peace or ceasefire discussions;

– Adopt a National Action Plan for the implementation of UN Security Council Resolution 1325 on Women, Peace, and Security.

For the EU and International Community:

– Officially support a UN-mandated global arms embargo and suspension of military training and cooperation programs with the Burmese military;

– Impose a visa ban on the leaders of the Burmese military;

– Pressure the Burmese Government to pursue all avenues of accountability for human rights abuses committed in conflict-affected areas.