The refugee’s right to return home

`The right of return’ is a fundamental right of all refugees, to voluntarily return to their country of origin or of citizenship and is enshrined in international law. However, as the thousands of Palestinians on the Gaza border are demonstrating, exercising that right is not that simple. Burma’s million refugees face similar problems, central to this is the concept of citizenship or country of origin.  The Rohingya suffer a carefully constructed narrative that questions both their origin and citizenship. International law aside, for the refugees themselves there are the fundamental questions of is it safe to return and what are they returning to? Refugee camps on the Burma border are not holiday camps but more akin to large open prisons, fenced in, controlled by guards, personal freedom is restricted. The camp residents face mental health problems not just because of the traumas they have gone through but the hopelessness of their lives, the overcrowding and the day by day queuing for food, the latrines and safety is always a problem.  The desire to return home is strong but to “what?” is the question.

The returning refugee is going to hope for papers that prove citizenship to minimize future status questions by the authorities, a return to their lost homes, livelihoods and the ability to live in relative safety. The Rohingya know that at best they are being offered some form of second class citizenship but may well not even get that but some other papers that will allow them to live in Burma but under numerous controls. However, even then, what will they return to and how safe will they be? Most Rohingya were farmers and shop keepers before fleeing. The shops are long gone and the farms have often been taken over by others.  As one local lawmaker put it “it’s not a good idea to leave those farm lands unattended.  Local ethnic people and landless farmers should be allowed to farm there if they wish”. There are also unverified reports of land being leased to private companies. The reality on the ground for returning refugees is that returning to their villages and rebuilding lives is simply not on offer. What exactly is on offer is not clear. One suspects government controlled villages akin to open prisons where the guards may well be the very rapists and arsonists that Rohingya fled from and that work will be provided, maybe on the company farm that leases the Rohingya land from the government.  This speculative view of the refugee’s future unfortunately has an all too believable ring to it.

Burma’s 100,000 Karen, Karenni and Mon refugees on the eastern border have many of the same problems with the added danger of landmines which have taken a heavy toll on limbs and lives. Some of these refugees are returning home, some in fear, others more hopeful, however the numbers of returnees are small. UNHCR rightly focus on the Rohingya but other refugees must not be forgotten. 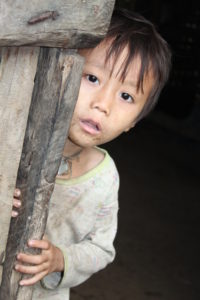 It has been reported that the UNHCR have made secret agreements with the Burmese Government  on the Rohingya’s  future and that an investigation commission with outside representation will determine the true events leading up to the Rohingya exodus. Based on past experience few trust secret agreements or Burma government commissions. However, in the end it may well be the forces of nature which determines the refugees future, the monsoon’s torrential rain has already exacerbated the suffering of the Rohingya, damaging and destroying the makeshift houses on the now treeless hilly terrain in Bangladesh’s Cox’s Bazar district. This is only the start of the monsoon season.

The developed nations must accept that strategies of ignoring the plight of refugees or containing them in what are effectively open prisons will simply not work. Sooner or later the camps will flow over and cross borders, bringing desperate people to their borders. The international community must look deeper into the causes of people seeking refuge, face open-mindedly their own role in those causes. In Burma’s case the international community has, maybe unintentionally, rewarded the military for setting up a quasi-democracy and financed a peace process which is being cynically used to strengthen the military and undermine the confidence in ethnic nationality leaders. External investment has driven land grab from the poor and financial inequality has risen to unprecedented levels, with the military as the main benefactor. The international community needs to re-frame its aid and development program in Burma away from helping the powerful into one that helps create conditions refugees would willingly return to.