Paing Phyo Min is a President of the Dagon University Students’ Union and a member of Peacock Generation Thangyat group. He was arrested in April 2019 during the Burmese New Year celebration for criticising and making fun of the military during a satirical performance.

He was charged under Section 505 (a) of the Penal Code in two different townships in Rangoon. In November 2019, he was given two one – year prison sentences with hard labour to be served consecutively for violating the 505 (a) of Burma’s Penal Code. He was also charged under Section 66(d) of the Telecommunications Act for posting photos and videos and livestreaming performances on Facebook. In December 2019, an additional six months jail term was added after being found guilty of “online defamation” under Section 66(d).

He is currently serving his two years and six months prison sentence with hard labour in Insein prison. 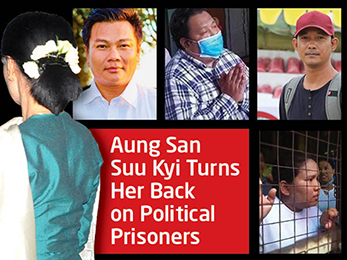