Htin Kyaw, a human rights activist, has been repeatedly arrested and jailed for his peaceful political activities. He was arrested on 5th May 2014, and charged under two different counts including under Article 18 of the Peaceful Assembly Law. He is currently serving 13 years and four months in Insein prison. 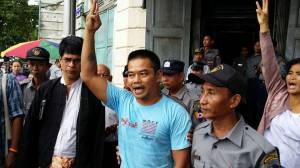 1. Email the Foreign Secretary Philip Hammond to pressure the Burmese government to ensure the immediate release of Htin Kyaw and all remaining political prisoners.

2. You can also write a letter to Htin Kyaw to express your solidarity. Please write to the following address:

Htin Kyaw is a leader of the community-based organisation called Movement for Democracy Current Force (MDCF) which represents grassroots communities and campaigns against land-grabbing and other human rights violations in Burma.

He was arrested on 5th May 2014 for protesting without government permission and distributing leaflets which criticise the military-backed government. He was charged under Article 18 of the Peaceful Assembly Law, and sentenced to 3 months in prison.

Between 23 June and 19 August 2014, Htin Kyaw was also convicted by eleven different township courts in Rangoon on eleven different counts of violating Section 505(b) of Burma’s Penal Code. Section 505(b) is one of the repressive laws which the military-backed government uses to jail democracy activists for committing or inducing others “to commit an offence against the State or against the public tranquility.”

Htin Kyaw is currently serving 13 years and four months in Insein prison. His colleagues from MDCF said he had been “targeted for his legitimate and peaceful work defending land rights.” 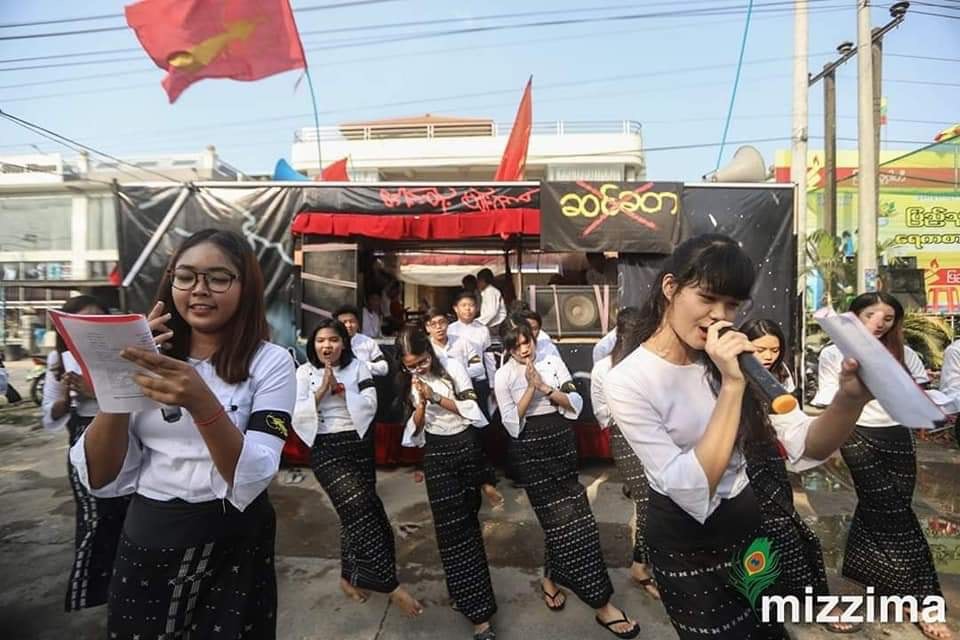