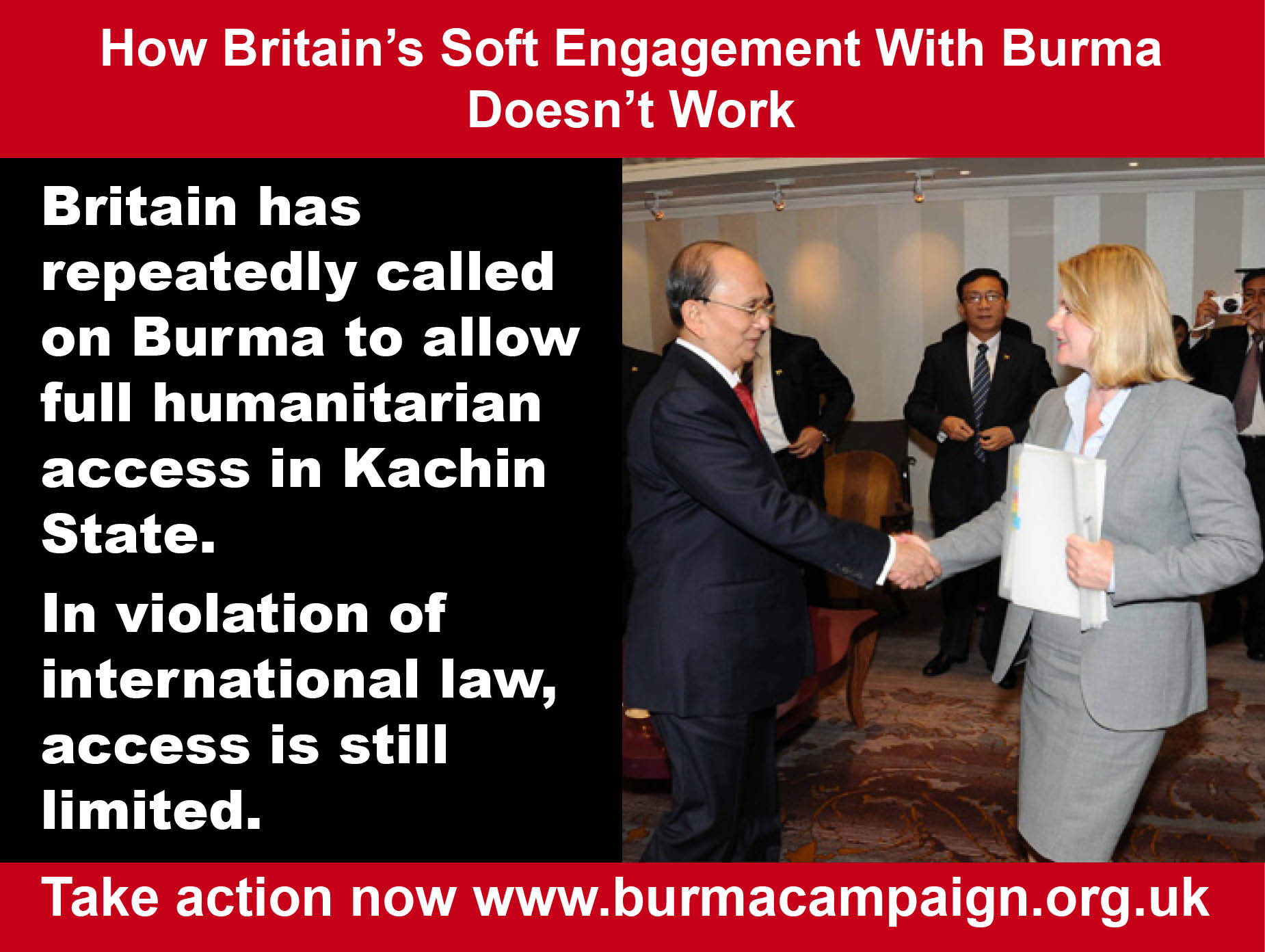 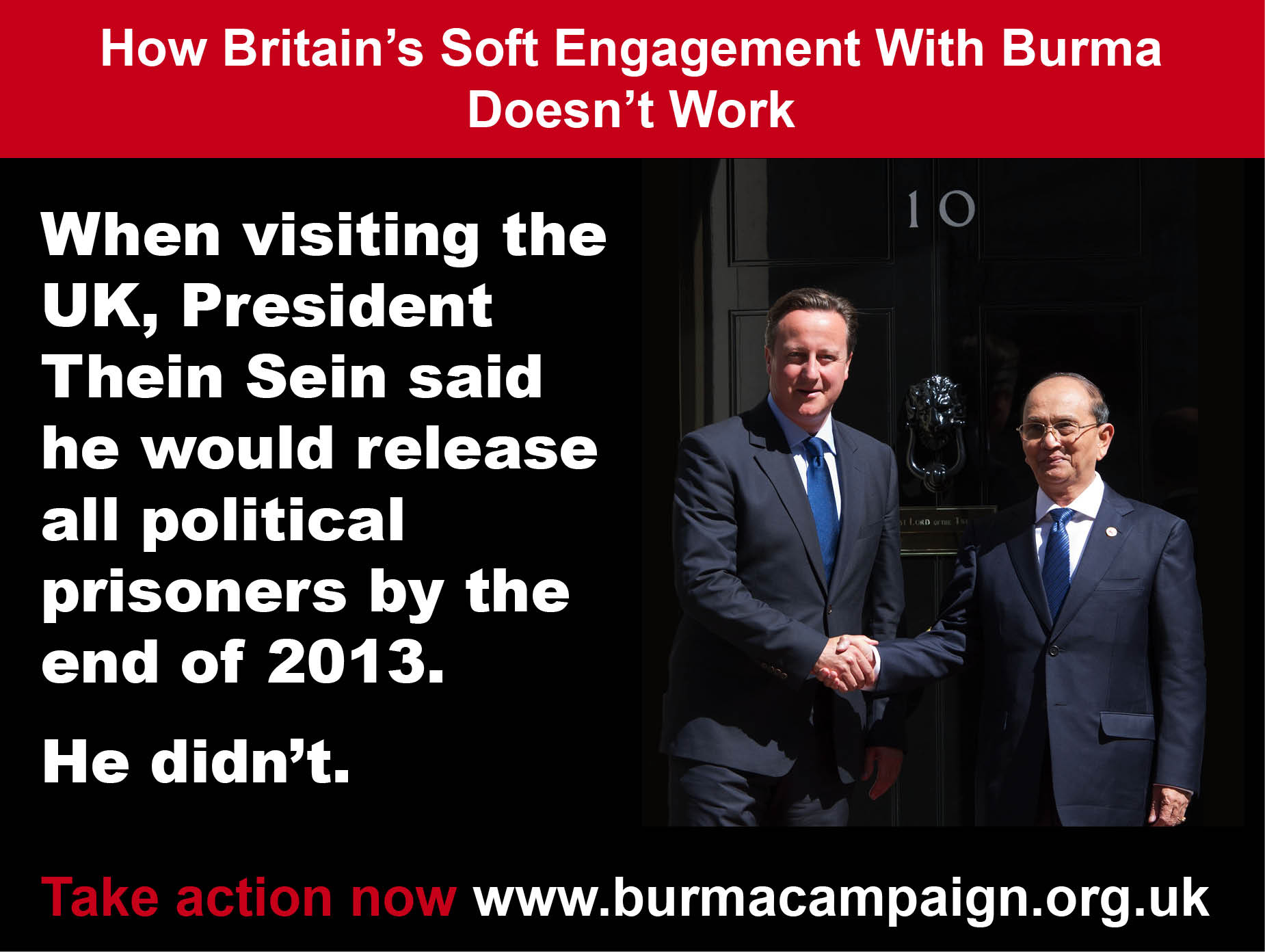 Debate on Burma in the British Parliament June 26, 2014

Yesterday, there was a debate in the British Parliament on the persecution of the Rohingya and other minorities in Burma.

Read the full transcript of the debate here. 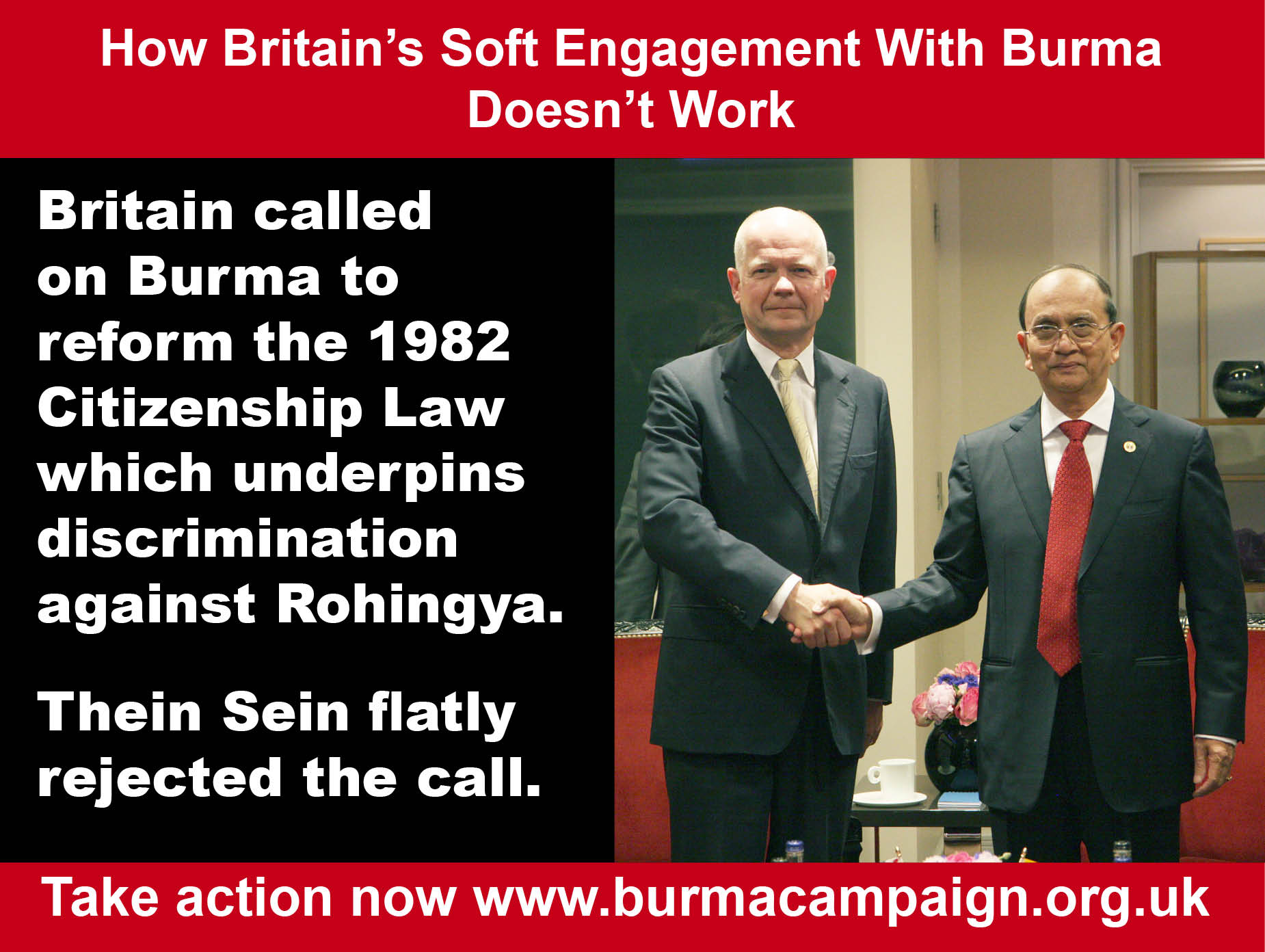 “Activists and human rights groups are urging Britain to maintain pressure on the government to combat sexual violence in conflict, as focus shifts to implementation of a plan to address the issue after Myanmar endorsed a UN declaration earlier this month.

“If sexual violence by the Burmese army continues unabated despite the government signing the declaration, it will be a blow not just to the credibility of the declaration, but also to the British government’s policy of soft diplomacy,” Mark Farmaner, director of Burma Campaign UK, told The Myanmar Times last week.”

Our volunteers Pam and Eddie in Brighton today, helping raise awareness of our campaign to change William Hague’s rose-tinted view of the situation in Burma. June 20, 2014 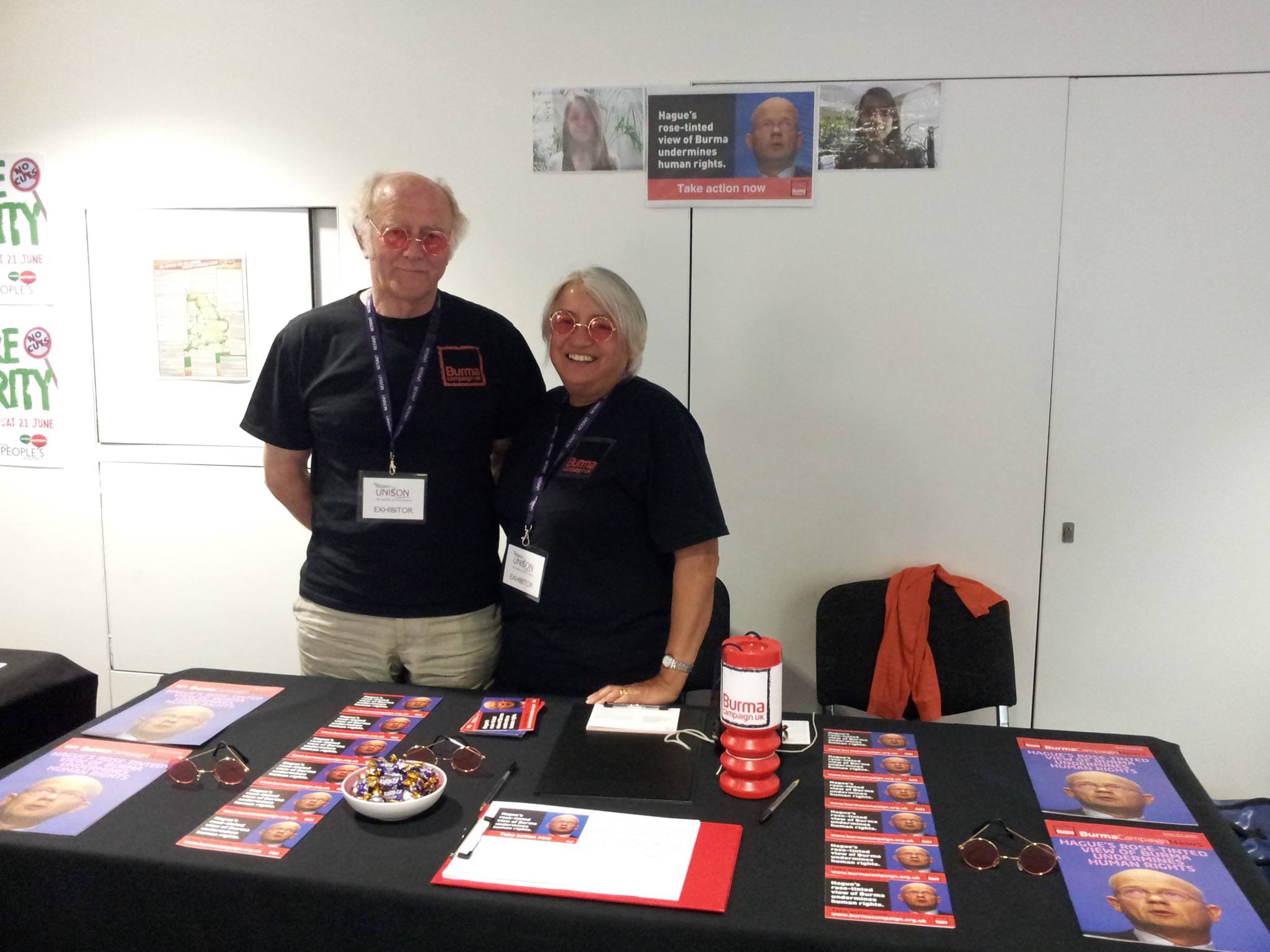 Our Rose-tinted glasses campaign at the UNISON conference in Brighton today! June 19, 2014 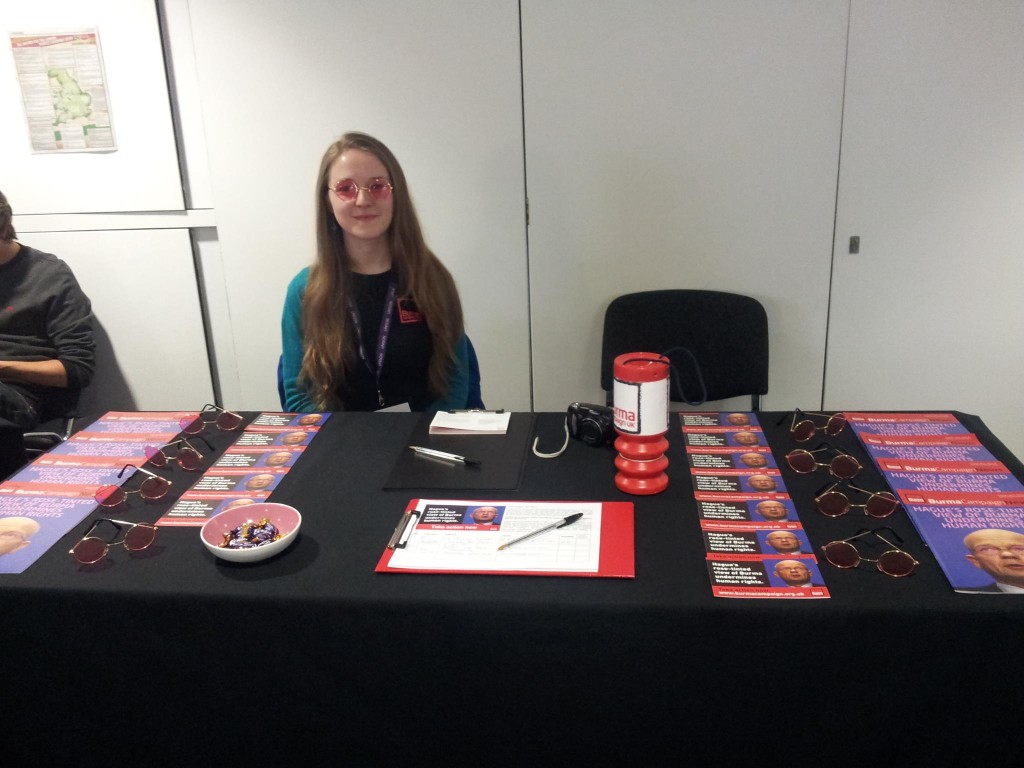 At the Unison conference in Brighton today, where our campaign to highlight the British government’s rose-tinted view on Burma is getting a lot of support!

Women from Burma delegation speak at the British Parliament. June 18, 2014

A delegation of women from Burma spoke at a meeting in the British Parliament today. They spoke about the ongoing use of rape and sexual violence by the Burmese Army, as well as the situation in Kachin State highlighting the ongoing military offensive and humanitarian assistance for IDPs, Karen and Shan State, refugees return, the peace process and new laws restricting freedom of autonomy to choose the religion and women’s rights. 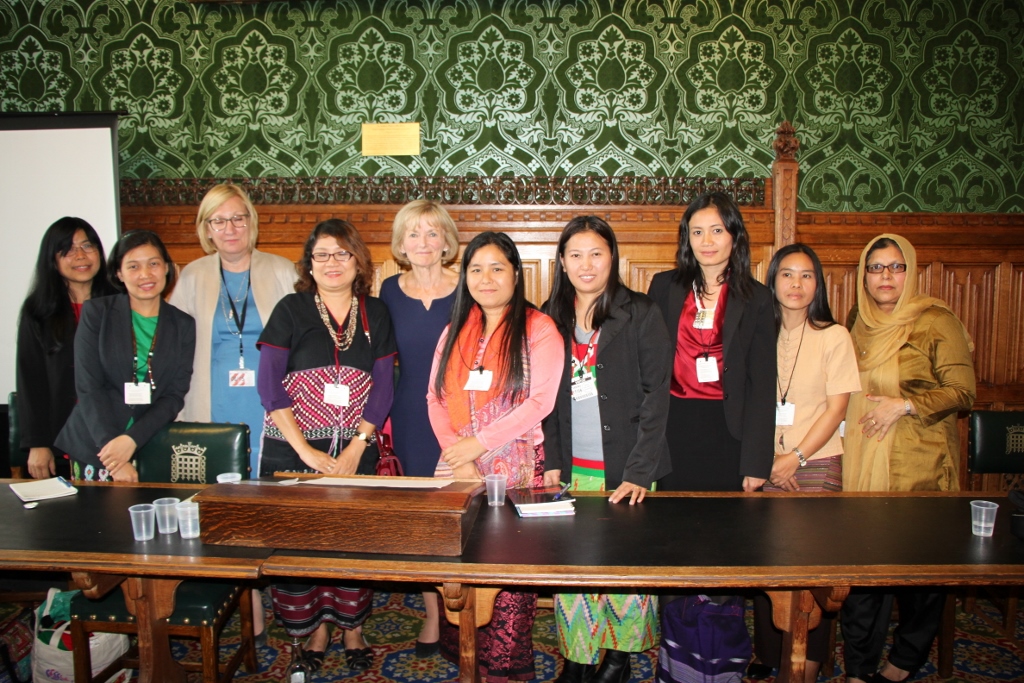